Here is my attempt to organize my thoughts on possible human anatomy drawings in the Voynich Manuscript. 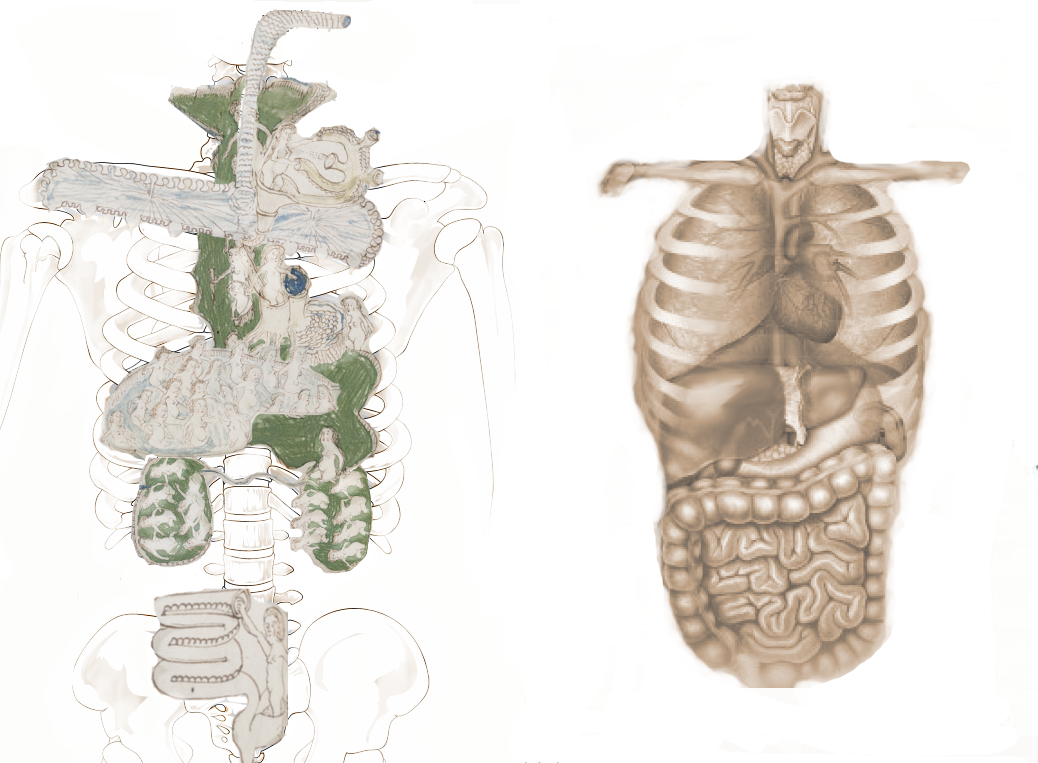 The pictures on fol. 77r of the VMs may represent the aorta, the heart and the four humors of the Hippocratic medicine - the black bile (earth), the yellow bile (fire), the phlegm (water) and the blood (air). 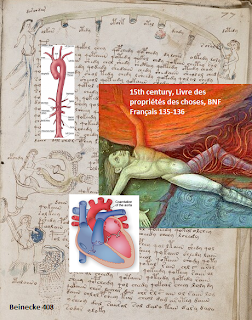 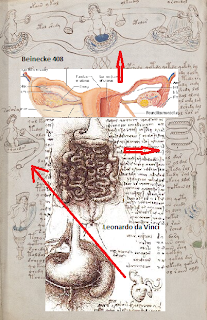 The drawing in the top part of fol. 75v  may represent the air passages. The details on of the tube are similar to the trachea. The function of inhaling/exhaling may be the meaning of the fountain-like drawing. The ripples on the edges of the 'lungs' may be representing the alveoli.

The two pools on fol. 78r of the Voynich Manuscript may be meant to represent the kidneys.

Scott Curry came up with the idea on the VMs list that the nymphs going down the 'waterfall' on fol. 75r are representing letters of the alphabet. I like the 'cheerleaders' idea, because it give us a whole new level to make up stuff based on our own theories/biases. For example, I believe the drawing on fol. 75r represents the anatomy of the stomach, so when reading the 'body language' of the nymphs I came up 'surprisingly' with 'word' supporting my theory: plcero - which resembles Italian pulsero - to pulsate - explaining the ripples the VMs author drew on the walls of esophagus and the stomach. 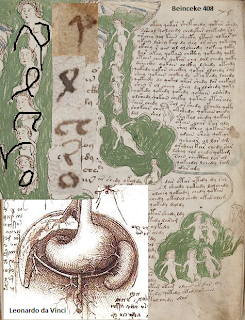 The senses - ear, eyes and nose may be represented in the drawings of fol. 83r and 83v. 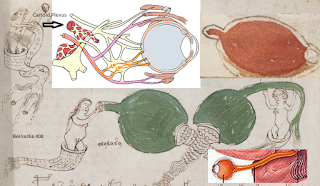 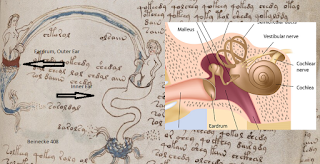 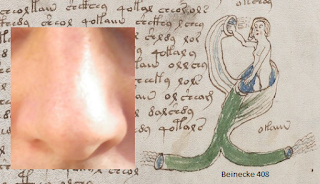 Anatomy drawing may be part of some of the plants illustrations in the Voynich Manuscript. For example, the eyeball-like root of the possible cornflower on fol. 10r.

The possible wild tarragon (used to induce menstruation in the old times) on fol. 17r has roots resembling the anatomy of the female reproductive organs. 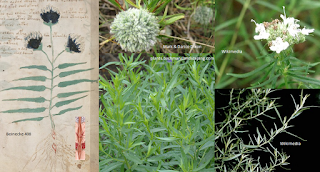 David Suter suggested that the root of the banana plant (id by E. Sherwood) on fol. 13r looks like heart. 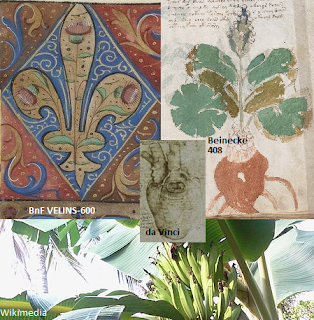 At the end - really funny coincidence is the violet with letters on its petals on fol. 9v that reminds of Leonardo da Vinci's drawing of the muscles of the anus. 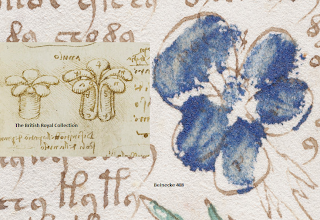 All these associations are just subjective speculations and any resemblance of the drawings in the VMs with the human anatomy may be just coincidental. For the record, I don't believe Leonardo da Vinci is the author of the Voynich manuscript. I just used his drawings as late 15th century examples.
Posted by Ellie Velinska at 8:08 AM