The stars with circle in the center are curious detail in the Voynich Manuscript.

So I decided to create a post where I can pile up medieval examples of such dotted stars.

The Hague, MMW 10 D 7 also has drawing of the Virgin holding a dotted star (flower?). 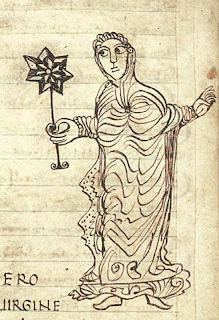 The VMs stars could be just stars. Here is a dotted star that represents the Sun from the British Library Add MS 34652 ( visit here ) - second half of the 13th century, N. France or S. Netherlands.

Next, few dotted stars from England 1460-1500 illustrating a poem about the establishing of the Carthusian order from the British Library Add MS 37049 ( visit here ). 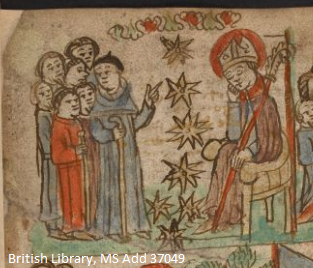 Dotted stars are decorating the outfits of the members of the Order of the Star, 1375-1379 France,
Paris Bibliothèque nationale de France MSS Français 2813 ( visit here ). 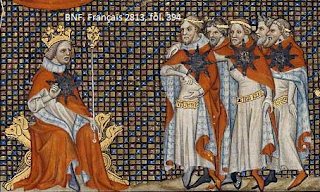 Codex Manesse (written between 1300-1340) Cod. Pal. germ. 848 (visit here ) contains a drawing of seven-point stars with dot in the center on the coat of arms of person named von Trostberg and on the page dedicated to Kristan von Hamle. 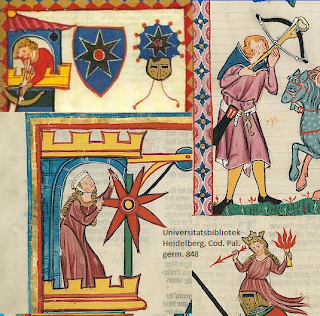 Coat of arms picturing a star with a dot in the center can be seen in  Chronik des Konstanzer Konzils (written between 1414-1422, XVI.A.17, National Library of the Czech Republic, visit   here ). The star belongs to Her Johannes Luti of Constance. 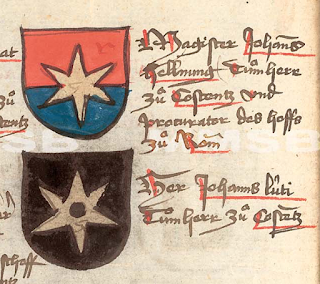 In short, dotted stars can be found in different contexts all over Western Europe, so they are not much help in solving the puzzle.

Winchester Cathedral floor tile. I'm not sure how old is this star. 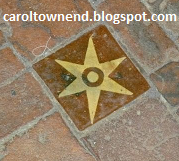 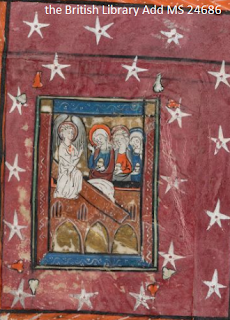 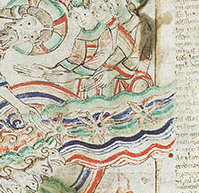 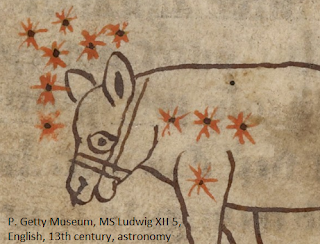 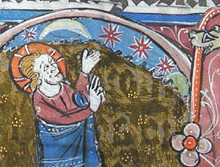 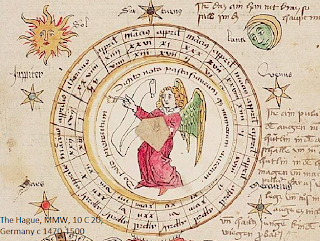 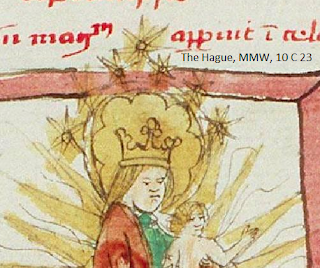 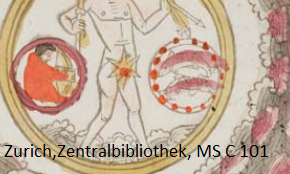 David Suter reminded me about the stars by Albrecht Durer, so I picked a few from woodcuts - end of 15th - early 16th century 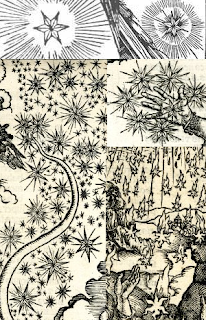 BD suggested the Bethlehem star, so here is the silver star marking the supposed place of birth of Jesus in the Church of the Nativity. 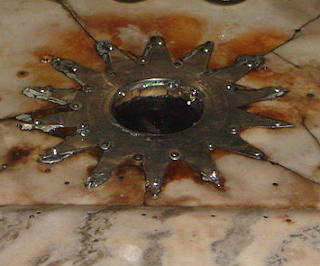 Cheryl  Lynn Helm suggested the dotted stars in the Babylonian astrology and although they are far from medieval I'll include them for those interested. 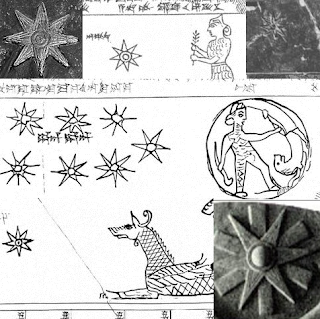 Posted by Ellie Velinska at 6:49 AM