The Voynich Manuscript: the Pyramid of Khafre

The signatures on fol. 66v and fol. 86v of the Voynich manuscript appear to be written by the same person. Both are unreadable so speculations about them are pointless. True VMs researcher, however, cannot be stopped from speculating, no matter how pointless the exercise is - so here we go...

The second signature seems to be decorated with a pie-chart - the kind that was used to represent the world in medieval times. In this example from c.1400 the world is shown as half part water, quarter of earth and quarter of air.

The first signature, in my opinion, is decorated with representation of the pyramids at Giza.

On the top is the sloppy attempt of isometric drawing of the pyramid of Khafre - with its iconic 'cap'.

There is no way to know if the signatures were already on the parchment at the time the VMs was in Prague, but it is fun to imagine that the 'pyramid' signature inspired the remarks by Jiří Bareš (in his letter to Athansius Kircher - read here ) that the author of the VMs went to the Orient to learn about Egyptian medicine.

The Voynich Manuscript: Another Split Beard

The inner circle of the March rosette in the Voynich manuscript gives us second example of a guy with split beard. 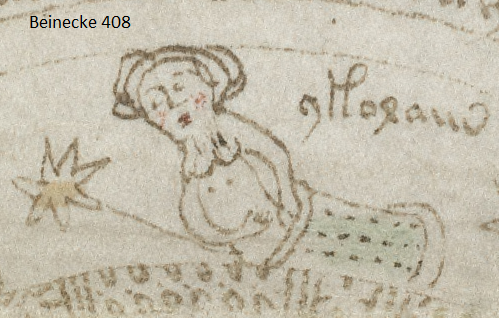 Unlike the first one, where one can debate if we really see a split beard or not, this case is much clearer as the artist added few lines in the beard and the chest is properly set under the facial hair. 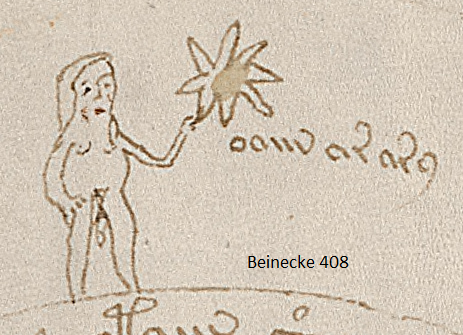 Although split bearded men can be found in different times in history, this style was fashionable in 15th century according to Alan Peterkin, author of 1000 Beards: A Cultural History of Facial Hair explains in his book:


In the 15th century, beards were once again routinely worn by nobelmen and elders to signify importance, dignity, and advanced age. They were curled with lead iron, parted at the chin, and plastered into submission.

Below are few 15th century examples. 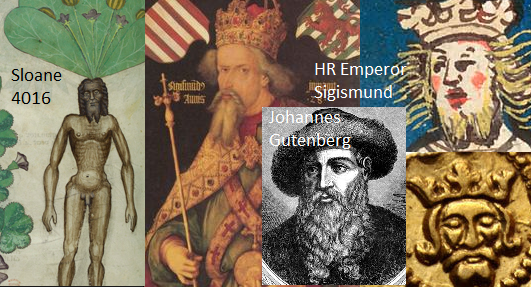 Posted by Ellie Velinska at 8:08 AM 2 comments: