Due to the unfortunate involvement of Prof. Newbold with the Voyncih manuscript, the first rosette on fol. 68v became known as being a representation of the Andromeda nebula (M31).

However, there is another possible interpretation for this image and it is much closer to home. The VMs rosette carries resemblance to a geocentric representation of the world from manuscript that at the beginning of the 15th century belonged to the library of Jean Duc de Berry - Nicole Oresme, Traité de la sphère, BNF Français 565 ( visit here ). Similar to the drawing in the Voynich manuscript the model has T-O chart in the center - representing the Earth - surrounded by stars on blue background in a space with air/clouds pattern on the edge. 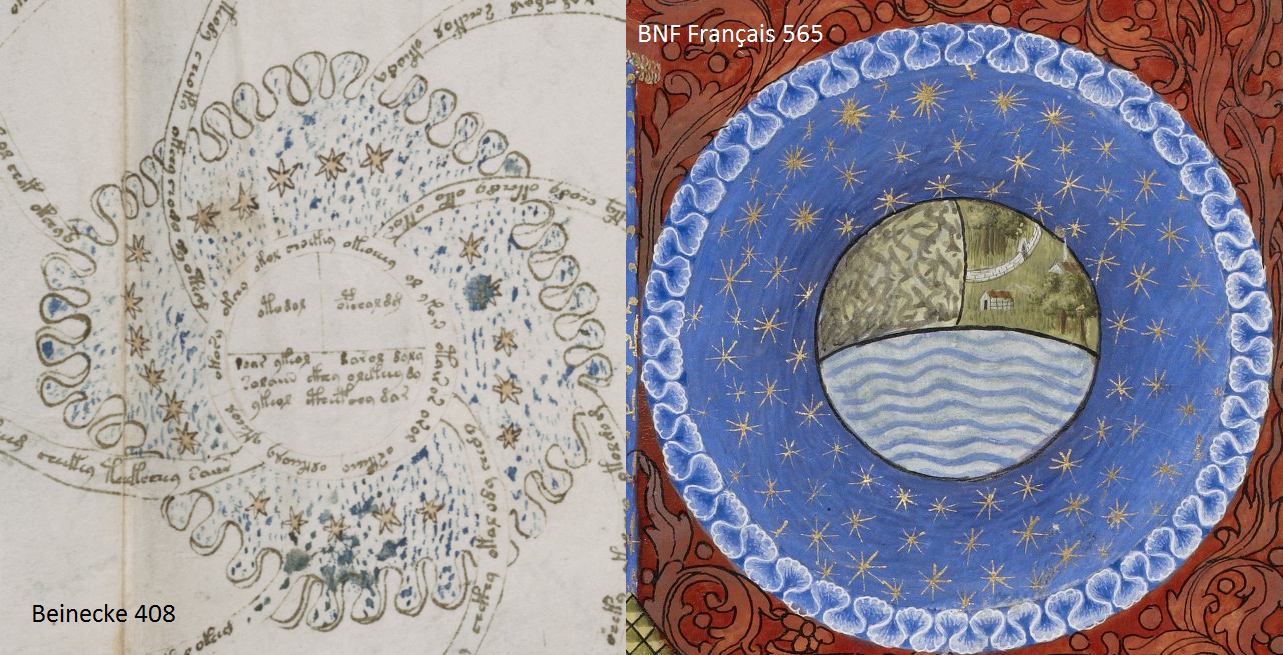 Minus the T-O chart, but from the same time and place Christine de Pizan is depicted in front of the model of the universe, British Library, Harley 4431 ( visit here ). 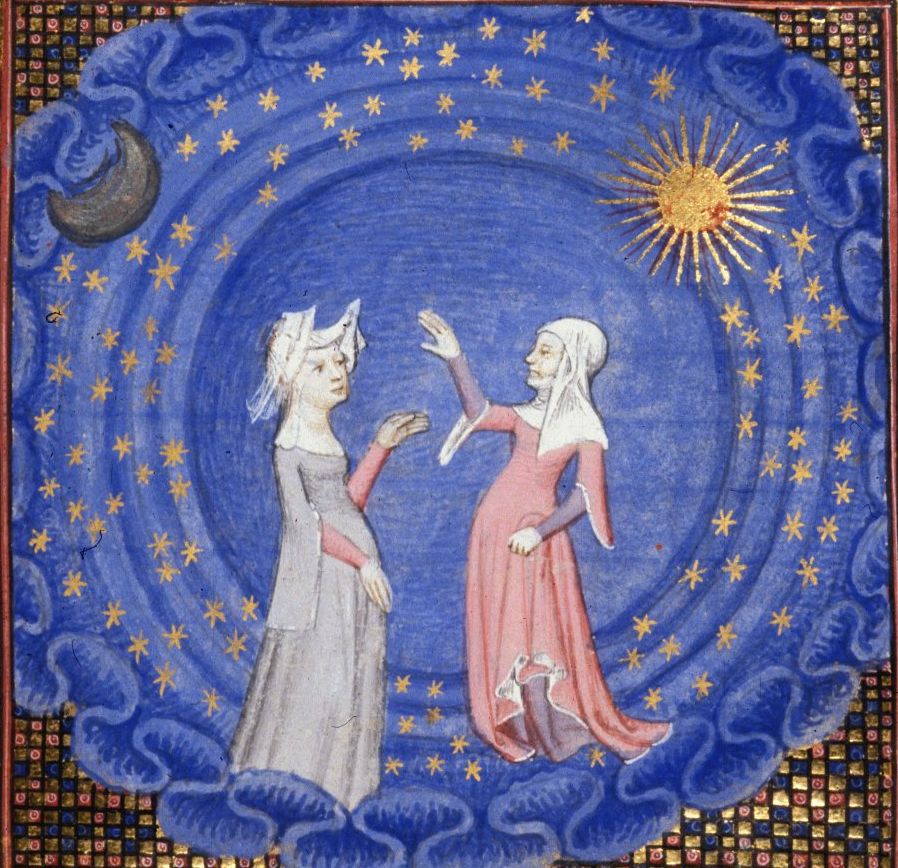 Another example from the 2nd quarter of the 15th century France - BL Harley 334 - Gautier de Metz l'Image du Monde. We have the T-O chart and the stars - no ripples on this one 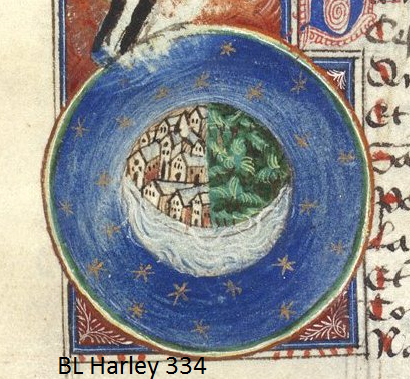 Posted by Ellie Velinska at 3:35 PM