I am adding a new plant id on the list. Proposed originally by Ethel Voynich in 1930s. The drawing on fol. 45v may represent Germander (Teucrium chamaedrys). The word 'germander (chamaedrys)' means 'ground oak' and the herb got its common name likely because of the shape of its leaves. The 'oak name' maybe the base of symbolism in the drawing that seems to be related to the House of Burgundy which experienced its Golden Age during the 15th century (Burgundy's influence spanned all the way from Portugal to the Netherlands).

Oak is among the symbols of Burgundy with the proper Cross of Burgundy being formed by two pruned oak branches.

The root on fol. 45v may represent pruned branch forming a necklace (maybe reference to the famous collar of the Order of the Golden Fleece). The top part of the flowers seems to form quicunx - another symbol of Burgundy.

All this (as always) is just speculation and all the similarities maybe just coincidental. 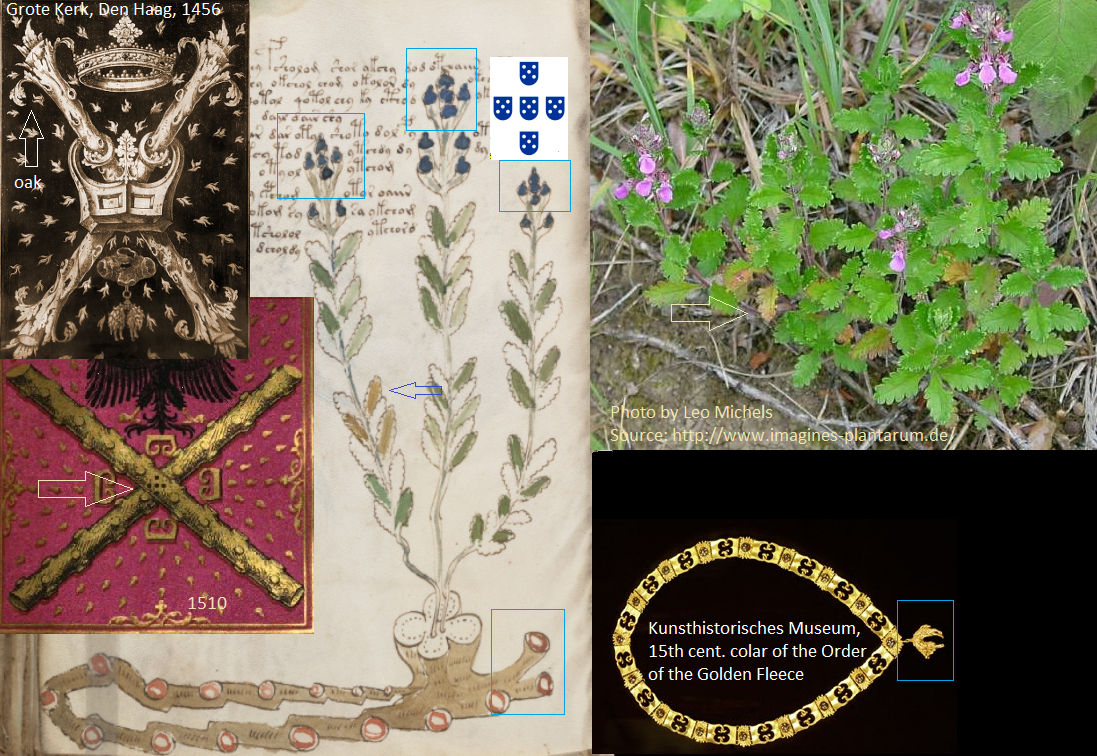 UPDATE: Diane reminded me to include example of germander from the old herbals, so I chose the one from the British library, MS Egerton 747 (14th century) 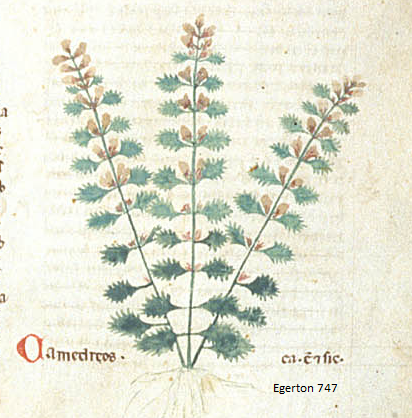