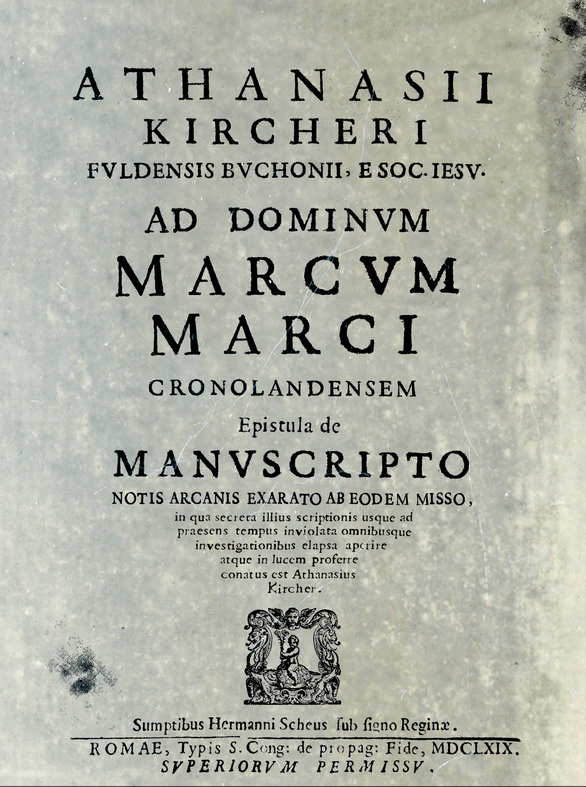 The items for this auction were displayed for viewing from June 16 to June 19, 2013 so I assume the booklet was physically present in Rome at this time. The price asked is 5000-7000 euro.
Out of  five Kircher's work in this catalog three were sold and two failed to do so. The Kircher's answer to Marci booklet still appear at the Minerva web-site - two years later - with option to request information - and so I did - the answer was:

In my request I also asked for the Minerva auctions to disclose the price achieved, but apparently they decided not to share this information.

The auction and the booklet are the subject of an on-line article on the web-site of the Department of Art, Archeology and History, University of Verona, from June 2, 2013 - to read it click here

UPDATE: I also found the first edition of the booklet from 1665 with ex-libris from Godefridus Kinner. The viewing of the item will be on April 1, 2015 at Minerva Auctions in Rome :) 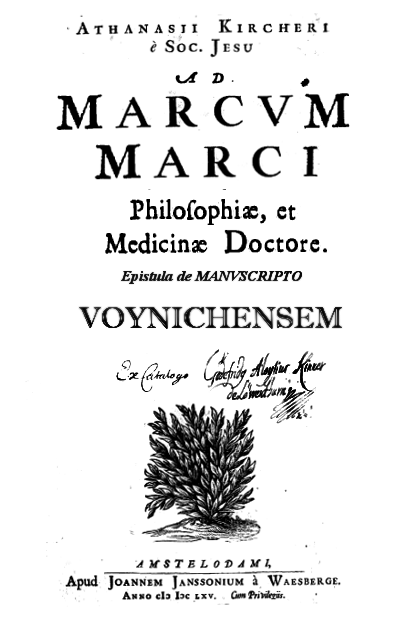 Unlike the 1669 edition Marci was actually alive when the Kircher's answer was printed. The first edition also  includes appropriate for 1660s Kircher's name (He didn't use Fvldensis Bvchonii past 1640s)  and appropriate for 1660s publishing house. Unlike the 1669 edition -  the ex-libris in this new one belongs to a person who actually existed :). The printing job and the Latin is equally sloppy in both editions :)

UPDATE: To read more serious thoughts on the matter in the article by Brian Cham titled Minerva Mysteries click here

UPDATE: After being confronted by several experts Minerva Auctions admitted that they themselves created the two 'possible' Kircher editions. They explained that there is a long tradition of ghost editions in the auction catalog and the two entrees are in line with this tradition.
Posted by Ellie Velinska at 9:29 AM