Wind diagram maybe part of the rosette on fol. 69r (per JD) of the Voynich manuscript. There is some similarity with the unique wind rosette in Oxford, St. John's College MS 17 (12th century, England, visit here ). 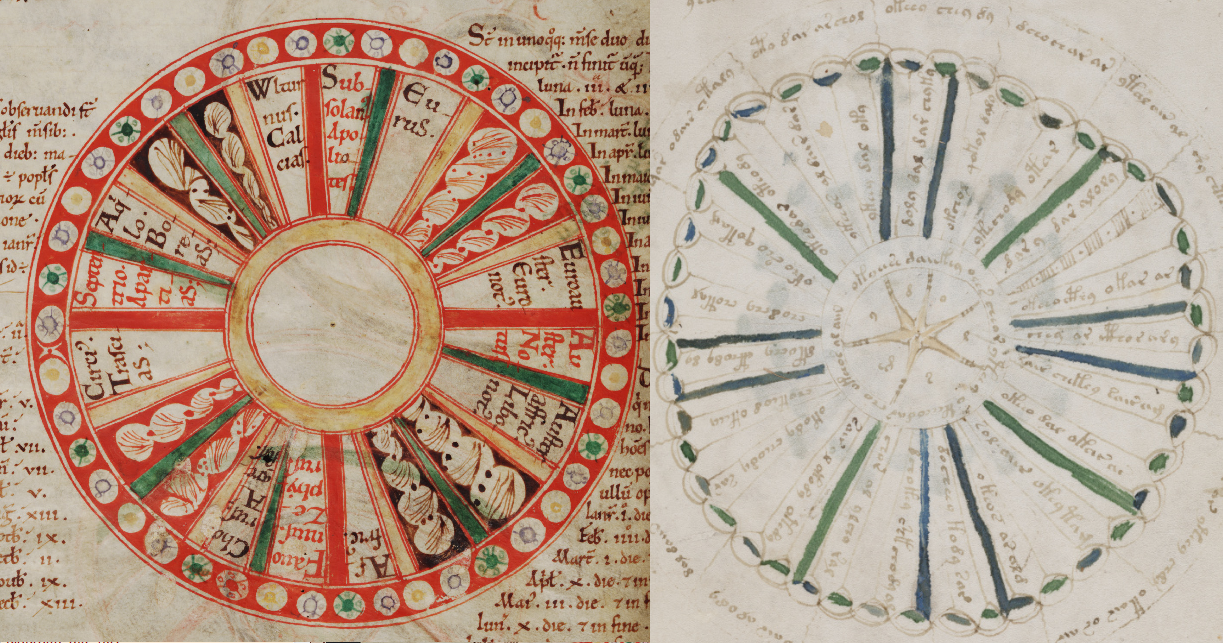 MS 17 has somewhat unusual wind rosette - it divides the winds into four groups of three.

The first set of dividers - those separating the quarters - are decorated with  stylized foliage and yellow borders. They may correspond to the green lines in the VMs drawing. 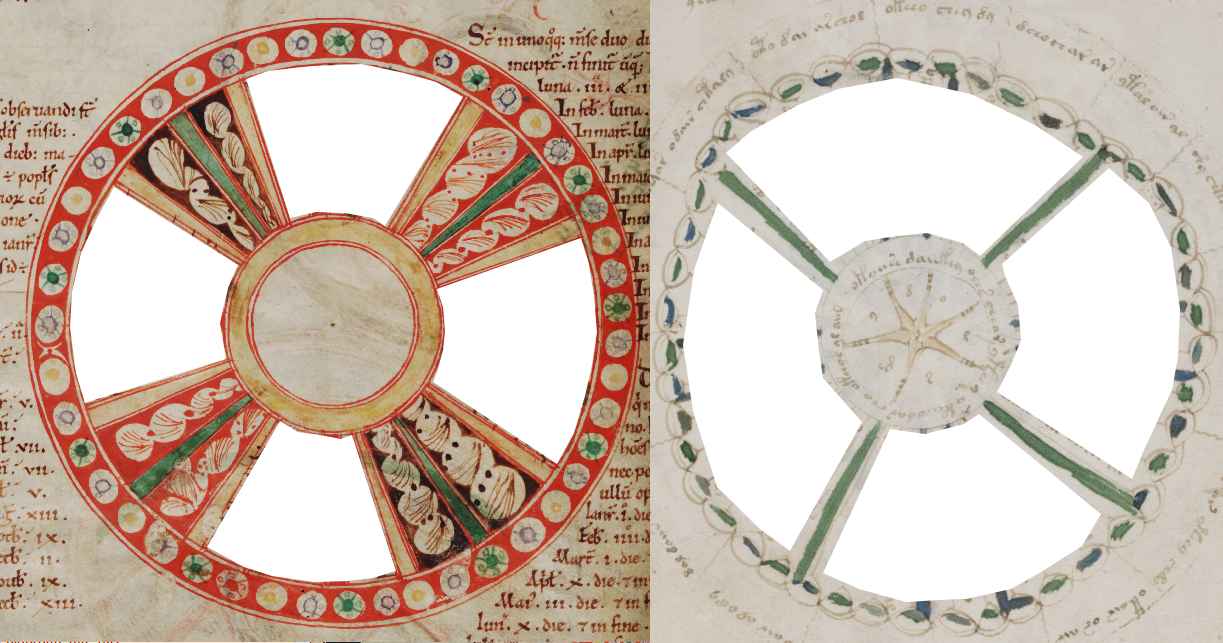 The second set of dividers - those dividing each quarter into three parts - may correspond to the blue lines in the VMs rosette. 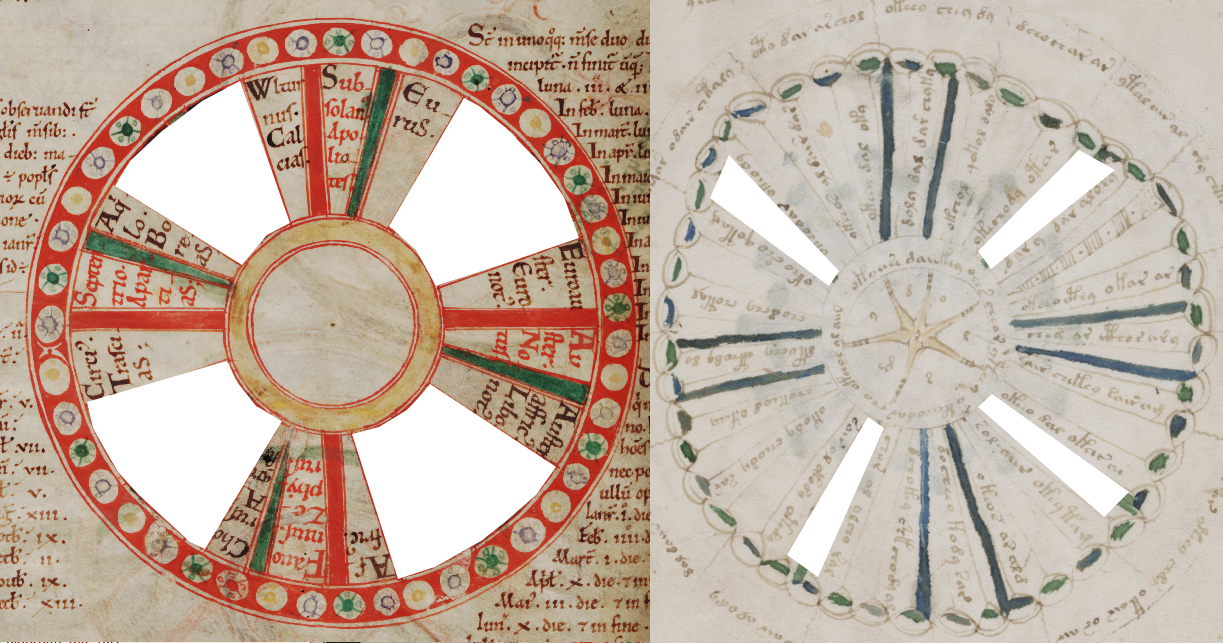 To save you time, I counted the dotted bubbles decorating the border of the rosettes - 46 in MS 17 and 45 in the VMs.

Among many stars in the Voynich manuscript there is an odd spiky symbol that resembles one found in early 13th century copy of Hildegard von Bingen's Liber Scivias.

According to the label this is a symbol for thunder  - tonitrua in Latin.
Similarity is probably coincidental, but just for fun I'll speculate that the VMs spiky star represents thunder. Let's see what's around it.

The drawing may represent the fact that the light reaches the person before the sound.
What could the cross-shaped device producing thunder and lightning be? Maybe a cannon?

To quote Roger Bacon's description of gunpowder (yes, that Bacon):

"From the violence of that salt called saltpetre so horrible a sound is made by the bursting of a thing so small, no more than a bit of parchment , that we find [the ear assaulted by a noise] exceeding the roar of strong thunder, and a flash brighter than the most brilliant lightning"
Posted by Ellie Velinska at 10:14 AM 5 comments:

While the West celebrates Easter today, the Eastern Orthodox Church commemorates the Palm Sunday, which happens to be my nameday :) Palm Sunday maybe the theme of the drawing on fol. 56r of the Voynich manuscript. Edith Sherwood and others suggested the plant is Sundew (Drosera). It also resembles a fan palm.

It could be that the Sundew leaves simply reminded the artist of a palm tree. Also in some Germanic languages (English included) the words Sundew and Sunday have a common ring to it (different meaning, of course)...Sonnentau/Sonntag... etc.
It is all speculation, but today I celebrate the Palm Sunday with the VMs Palm Sundew :) 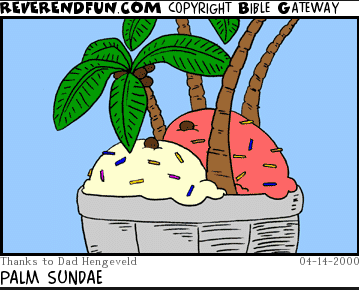 Posted by Ellie Velinska at 9:30 AM 2 comments: